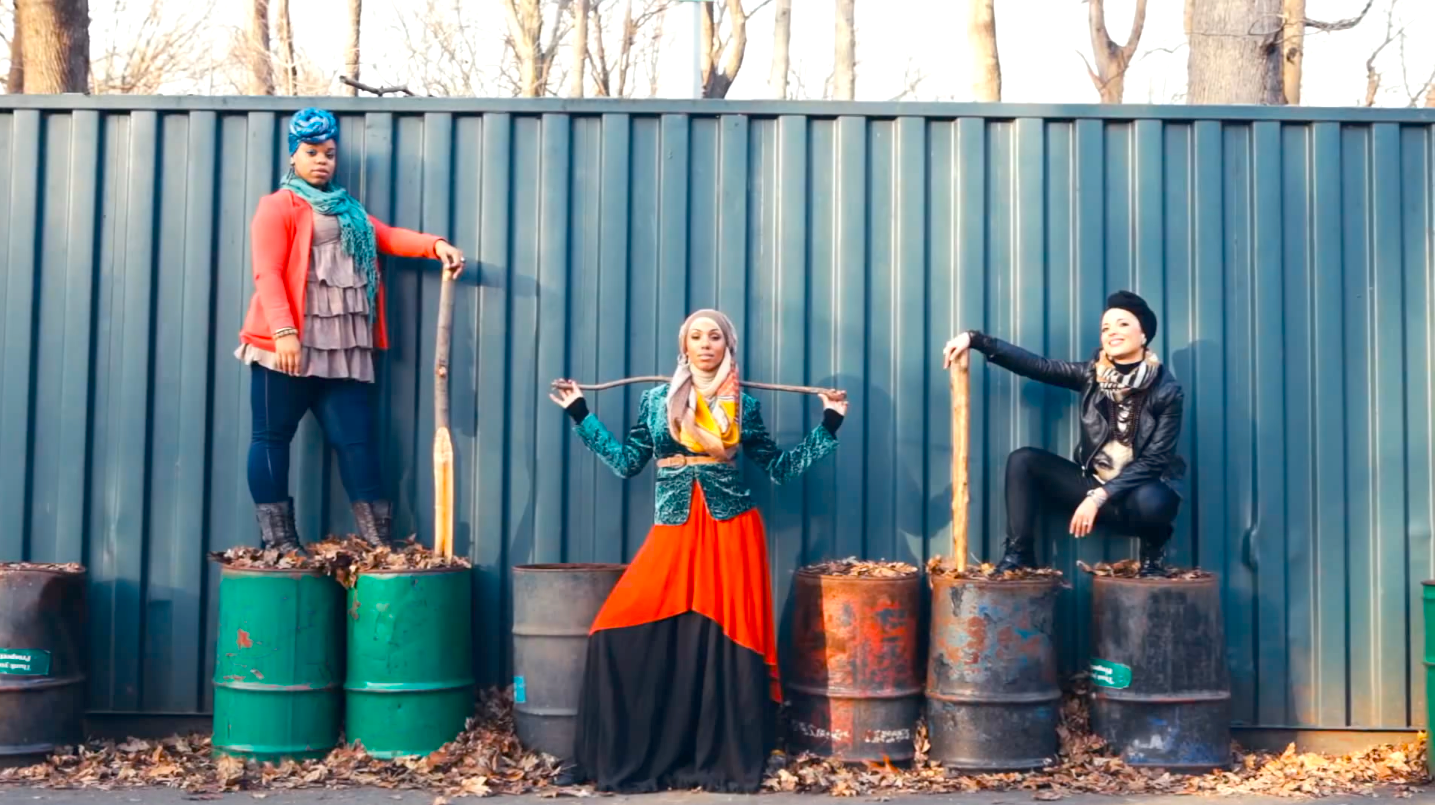 #MIPSTERZ & THE STATE WE’RE IN I was holding my tongue. Trying to ignore the #Mipsterz (≈ Muslim Hipsters) debate, hoping it would be over soon. Frankly, how long and intensely could the Muslim community (mainly in the US & some Western European countries) possibly discuss a two minute video about some Muslim fashionistas in the US driving skateboards, motorbikes, jumping and posing on trees? But it continued and continued and got worse…

Yes, the (original) music was inappropriate. Yes, you might have a different take on how a Muslim veiled woman should dress. Yes, there was a (apparently controversial) man behind the camera but it wasn’t entirely produced by men. Yes, I, too, am very concerned about our societies’ materialistic approach to fashion, wealth and life in general. So, yes, some things have been rightly criticised.

But nothing felt more disturbing than some of the arrogant, judgemental and hateful comments I’ve read in the last couple of days. Hence, I do not want to discuss the video, but our reaction to it. I want to discuss our behaviour. The way we treat each other. Because I believe, this debate says less about the producers of the video and the protagonists, but more about the Muslim community in the West and the state we are in.

Why can’t we (happily, but that’s probably too much to ask for) accept that there are US American Muslim fashionistas celebrating their lifestyle in a video – like every other fashion scene – with its flaws and mistakes?

I believe it is, amongst another reasons, due to two problems.

One: Controlling Our Public Image

For a long time others were telling us Muslims in the West what we are, how we are and who we were going to be. Western media talked a lot about but rarely with Muslims. Having Muslims speak on mainstream TV channels or write in national newspapers was a novelty, a rare opportunity for “our image” to be corrected. Keeping that in mind, I understand the urge to control how “we Muslims” are being portrayed in media. But we need to stop being exaggeratedly self aware. We need to stop doing to our people what others have been doing to us for too long: Forcing every public (and private) Muslim to be the representative of an entire religion, mistake them for an advocate of Islam, expect them to speak for “us” and wrongly be mad at them for not having sought our approval before speaking on “our behalf”. With this we not only take away their individuality, but neglect our very own nature:
We Muslims are not uniform, we are not homogenous, we are diverse. This is our asset. This is what makes us unique. And the only way we can demonstrate this, is to stop being control freaks. Eventually, having multiple voices and faces of the Muslim community in the public will correct “our image”.

Two: The Choice Not To Be Political

But beyond that, and more importantly, I feel an underlying problem is our inability to accept that a public Muslim might choose not to talk about “hard facts”, politics, Islamophobia, discrimination and racism in our societies but “give in” to popular mainstream culture, even if for a two minutes video. It is somehow regarded as a “betrayal” if a public Muslim is not acting first and foremost as a Muslim but seems to be carelessly enjoying the amenities of comfortably living in the West, glorying in it’s wealth, celebrating fashion and life in general – “while our brothers and sisters in (insert a country & problem) “…

To be honest, I understand this reaction. Again, being a religious minority, subjected to racism (often hidden as “rational” and “intellectual” criticism of Islam) has not given most of us the choice not to care. We had to. Especially as visible Muslim women wearing the Islamic headscarf we were constantly reminded of being the “Other”. Our loyalty, belonging, intellectual ability and independent thought were constantly questioned. So of course, there were times I felt betrayed when other Muslims did not carry the burden I chose (and was very often forced) to carry. But there were also times in which I was told, I had a responsibility to talk about problem x and y, because I had access to mainstream media and hence a responsibility to address x and y.

It was my (more or less conscious) decision to tackle Islamophobia and racism in our society, to publicly pursue my cause in becoming a writer, journalist, storyteller and activist. It’s tiresome, at times it took away all my energy and positivity, it was and still is a heavy burden. But why did I choose this path, sacrificing the luxury of not caring when I could?

When I started my activism in my teenage years, it was because I aspired to live in a society in which we Muslims did not have to fight stereotypes and prejudices anymore, in which we could choose not to fight daily battles about who we are – but just be. Back in those teenage years I had dreamed of going into arts and design. At 15 I sent my fashion design sketches to competitions, at 16 I worked with an haute couture designer and a milliner, where I designed my very own hat for veiled women. Art and design have had always been a deep passion of mine I haven’t followed publicly – yet. Because I felt it wasn’t the right time. Some problems needed to be addressed first. The public image of Muslims needed to be corrected. It was my very own decision to battle, but why would I want others – or everyone! –  sacrifice the same? Hadn’t I first started off pursuing my dream of a society in which I didn’t have to do what I did: Defending, fighting and battling? Why would I want every other Muslim to carry this burden? Don’t I do it, so that our future generations hopefully don’t have to? Haven’t you had the same aspirations? I believe some of the rants are routed in this inability to let others enjoy what you are fighting for. And I find this very bitter.

Despite all, I am happy to see our sisters in fashion, arts & design. It makes me proud, it makes me smile. These women (and men) are important to the Muslim community, not more or less than our advocates, fighters and battlers, because they give back some of the positivity, hope and ease we sometimes lack.

And as my husband likes to quote C S Lewis: Poetry and art might have no survival value. But they give value to survival.

by kübra gümüşay
11 Comments
prev next

Post a Reply to Somewhere in America, Muslim women are freaking out and fitting in… | altM cancel reply